Key West is a four mile long island located at the southernmost tip of the Florida Keys.  It is 165 miles southwest of Miami and just 90 miles from Cuba.

The main street in Key West is called Duval Street.  It stretches 14 blocks from the Atlantic Coast to the Gulf of Mexico.  Duval Street is home to many attractions, including some interesting architecture. 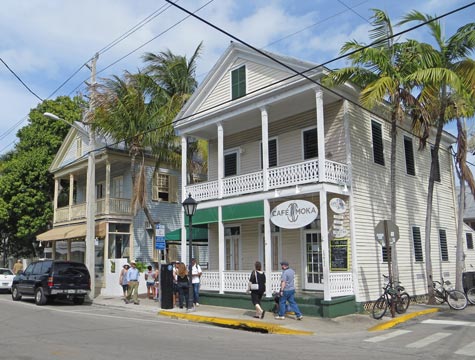 Key West is a popular tourist destination for visitors to the Florida Coast.  The island enjoys a pleasant year-round climate that is similar to that of a Caribbean island.

The community has also become a port-of-call for Caribbean and Gulf of Mexico cruises.  Over 350 cruise ships visited the Key West cruise port annually.

Key West is the southernmost city in the continental United States.